The Valencia region Spain is an extremely beautiful and very fertile area known as La Huerta (Garden of Spain).


The Valencia Region of Spain is divided into 3 provinces. CASTELLON to the north, Valencia in the center and ALICANTE in the south. These three provinces form the Comunitat Valenciana - Land of Valencia. This lovely region of Spain has over 500 kilometres of stunning coastline which are full of some of the most popular holiday destinations in Europe.

If you want to know what this lovely city is all about then you've come to the right place! This lovely city is perfect for a city break or romantic getaway! | There are so many exciting things to do and getting here is easy as there are many cheap flights and you can also travel here by train. | valencia This buzzing city has a magical Old Quarter with an exciting town center. There's also a very trendy area called Barrio del Carmen where some of the best nightlife is.


There are upmarket shops, bars and restaurants and spectacular festivals such as La Tomatina and Las Fallas.

Visit the stunning aquarium (largest in Europe) located in the jaw-dropping City of Arts and Sciences. Don't forget to visit the lovely Turia Gardens which are an essential part of the city.

It's also a good idea to buy a Valencia Map as you may get lost in the narrow winding streets of the historic Old Town and Barrio del Carmen. If you can speak Spanish this helps a lot and you can also learn the language at the Spanish School in the center of town!


A very important bonus is that this lovely city is situated next to the Mediterranean sea with miles of lovely white sandy beaches.Spain is famous for its lovely beaches and in this lovely city the beaches are lined with some of the best restaurants in town. The nearby port is where the yachting event the 2007 America's Cup was held (it's also where the 2009 America Cup will be held). In August the 2008 European Grand Prix will be held on a brand new street circuit around the port, similar to the one in Monaco.


Castellón la Plana is the capital of the province of Castellón situated to the north of Valencia region Spain next to Catalunya. Castellón is both culturally and economically dynamic and one of the most mountainous provinces in Spain.

The city is similar to Valencia in that it's a mixture of old and new. There are modern avenues and narrow winding streets with Gothic and modernist buildings and home to the Museu de Belles Arts (The Museum of Fine Arts). Modern shops and wonderful beaches sit either side of the port of Castellón la Plana and Peñiscola, Benicassimand Alcossebre are just some of the lovely towns of the province of Castellón.

North of the City

There are many lovely coastal towns and the beautiful resort of Monte Picayo is just a few kilometers to the north of the city. Gran Casino Monte Picayo is a luxurious 5 star hotel complex located in the resort town of Puçol just 12km from the city of Valencia. The casino is in a terrific location on the side of Mount Picayo overlooking the Mediterranean sea.

Alboraya is where the famous drink of horchata comes from!The town is located to the north of Playa de Malvarrosa and the area is rich with fields of chufa (tiger nuts) which are ground and used to make this very healthy and moorish drink.

If you like sailing then you'll love Port Saplaya. You can moor your boat very close to your front door and the lovely port at Carraxet ravine has the Chapel of the Little Fish - (Peixets). Nearby is the town of La Pobla de Farnals where you'll find a lovely marina full of yachts.

A little further on (about 30km north of Valencia) is the ancient Roman city of Sagunt and inland from the city are the lovely towns of Requena and Utiel which are famous for their grapes and wine production. Both are within easy reach of the city, Requena being the nearest at only 65km and Utiel a little further at 73km. For those interested in visiting a bodega and doing a little wine tasting there are special Vineyard Tours.

South of the City

Only 12 km south of the city center is the famous nature reserve of the Albufera - (l'Albufera) which is very famous for it's gastronomy, fishing and beautiful freshwater lagoon. It's also famous for the boat rides and amazing sun sets which are captured in the books by the world famous novelist, Vicente Blasco Ibañez. All that separates the Albufera from the blue flag beaches and crystal clear Mediterranean sea is a thin strip of land.

The coastal towns of Oliva and Gandia are located at the southerly tip of the province of Valencia near the Safor mountains and vast orange groves of the area. Gandia is the larger of the two with a port, harbor and golden sandy beaches full of hotels and apartments and many sports facilities. Oliva has wide sandy beaches and a new and very old town with traditional whitewashed town houses and is located near the sand dunes and famous golf course of this lovely area of Valencia.

ALICANTE is the third province of Valencia and is situated to the south of Valencia region Spain where the famous Costa Blanca is.

To the north of the province of Alicante are the popular resorts of Denia and Altea, Javea, Cape, Moraira and further down the coast are the exciting towns of Benidorm, Torrevieja, Alicante, Elche, and many more lovely holiday destinations.
Publicado por Unknown en 6:17 4 comentarios:

A trip to Valencia would'nt be complete without visiting the historic quarter of the city. Take a photographic tour and see the Best things to do in the Old Quarter of Valencia. Visit El Miguelet and the Cathedral - see the Holy Grail and enjoy the cafes and bars of this bohemian area. Don't forget to vist Barrio del Carmen in the north of the Old Quarter as it's one of the most trendy and popular areas to go at night - enjoy! 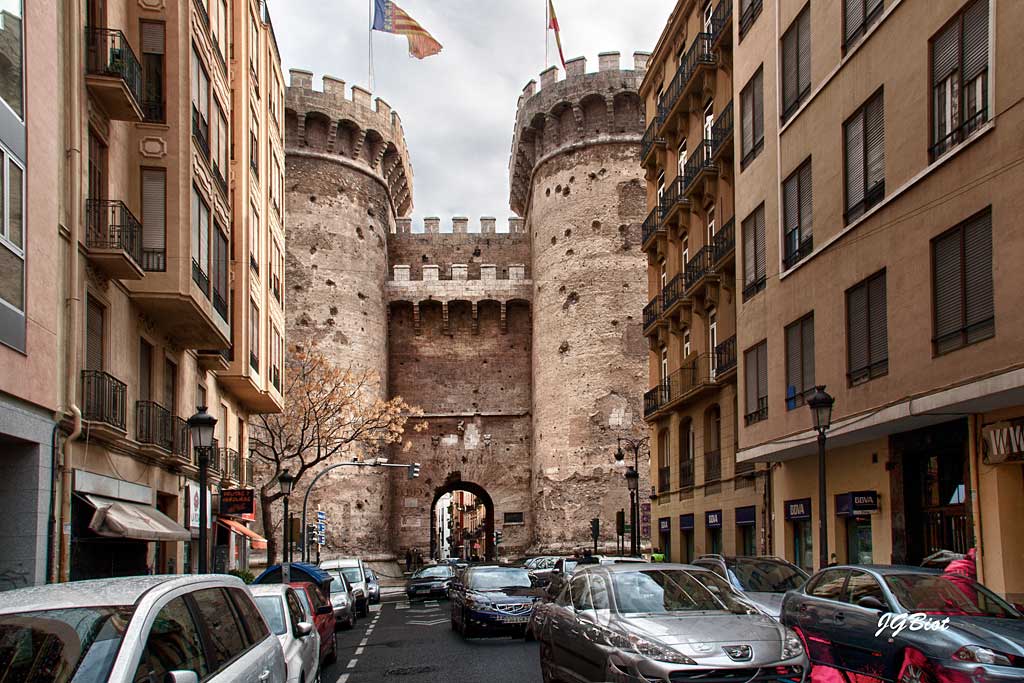 Come to Valencia City.
We recommend one of the best places to stay, The Feetup Hilux Valencia